FINCA Microfinance Bank’s Board of Directors

Our Board of Directors brings a breadth of expertise and dedication to providing access to responsible financial services.

Mr. Florin Lila joined as Non-executive director to Board of Directors of the Bank. He holds a Master’s degree in Economics for Business Analysis from Staffordshire University, United Kingdom. He brings a wealth of banking/microfinance experience and a distinguished academic background. He has over 20 years of experience in the banking and microfinance sector including multiple roles at the Executive Management and Board of Directors level in Europe, Africa and Asia. He joined FINCA Impact Finance (FIF) in 2012 where he successfully spearheaded financial turnarounds at FIF subsidiaries in Kosovo and Tajikistan. He has also overseen the implementation of a number of innovative digital financial solutions to increase efficiency and better serve clients. As Division Director he is also spearheading the Showcase Subsidiaries project, overseeing operations in DRC, Kyrgyzstan and Pakistan – FIF’s three largest subsidiaries. 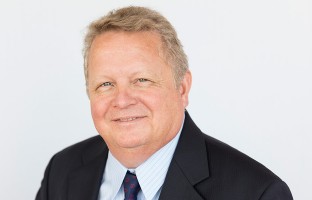 Mr. Smith has worked in both the public and private sectors. He has been an independent consultant and held global positions at Citibank and Ford Motor Company. Most recently, he was the Chief Auditor at Rotary International. 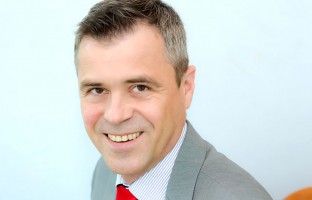 Volker Renner has over 15 years of senior management experience in the microfinance industry. Prior to his current position, he served as Chief Operating Officer for FINCA’s global operations, and Regional Director for FINCA’s Eurasia Region. Before joining FINCA in 2004, Mr. Renner held positions as CEO of ProCredit Bank (Ukraine), Team Leader of EBRD/KfW’s joint Ukraine Microlending Program, and Bank Advisor to banks in Russia’s Siberia region. Throughout his career, Mr. Renner has served as board chairman, board member and audit committee member for numerous microfinance institutions and banks. He holds an M.B.A. with a focus on banking from the Mannheim Professional Academy. 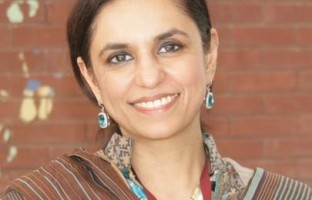 Ms. Roshaneh Zafar is the Founder and Managing Director of Kashf Foundation – the first specialized microfinance organization in Pakistan established in 1996. Kashf Foundation was awarded the Microfinance Excellence Award by the Grameen Foundation-USA for its groundbreaking innovations in the field of microfinance in Pakistan, while in 2005 it won the AGFUND International Prize for Microcredit 2005 out of 98 countries

Prior to establishing Kashf Foundation, Ms. Zafar worked with the World Bank in Islamabad in the Water and Sanitation department for several years. Ms. Zafar was one of the first Ashoka Fellows in Pakistan and has been a Schwab Foundation Social Entrepreneur since 2004. Ms Zafar has also been awarded the Tamgha-e-Imtiaz, one of Pakistan’s highest civilian awards, by the President of Pakistan for her work in the field of development and women’s empowerment and was also awarded the Skoll Award for Social Entrepreneurship in 2007. Ms Zafar is a graduate of the Wharton Business School, University of Pennsylvania, USA and also holds a Master’s degree in Development Economics from Yale University, USA. 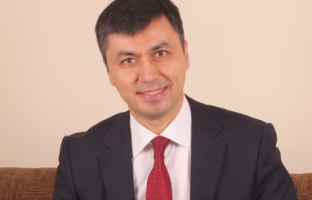 Prior to FINCA, Makhmud worked for over 4 years for “LFS Financial systems GmbH”, a German consulting and management company specialized in banking and SME finance projects in developing and transition countries. As a banking advisor, he managed projects in Uzbekistan and Tajikistan focused on establishment of micro and SME lending operations at various commercial banks. In 2003, Makhmud was working in Azerbaijan to develop micro and SME lending practices at Access Bank Azerbaijan. Makhmud commenced his professional banking career in 1998, at the National Bank of Uzbekistan, where he worked for three years as a Senior Investment Officer.

Makhmud holds a diploma in economics from the National University of Uzbekistan and  Master’s degree in Economic and Social Studies from the University of Manchester, UK. He also holds a professional certification of Stonier Graduate School of Banking administered by the American Bankers Association at the University of Pennsylvania, Philadelphia, USA. 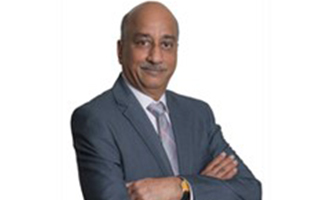 Mr. Shabbir H. Hashmi is serving as an independent director on the boards of Dawood Lawrencepur Limited, Engro Powergen Qadirpur Limited, Dawood Hercules Corporation, OJ Engineering and HBL Asset Management Ltd. He is also on the board of governors of The Help Care Society which is operating K-12 schools in Lahore for underprivileged children. He has more than 35 years of project finance and private equity experience. In his previous experience in corporate governance, Shabbir Hashmi has held more than 24 board directorships as a nominee of CDC/Actis and 12 directorships as an independent.

In executive roles, Shabbir Hashmi has led the Pakistan operations at Actis Capital, one of the largest private equity investors in the emerging markets. Prior to Actis, he was responsible for a large regional portfolio of CDC Group Plc. for Pakistan and Bangladesh. He had a long stint with USAID and later briefly with the World Bank in Pakistan, specializing in planning and development of the energy sector.
He is an engineer from Dawood College of Engineering & Technology, Pakistan and holds an MBA degree from J.F. Kennedy University, USA. He joined the Board of FINCA Pakistan in August, 2020 and is also the Chairman of it’s Audit Committee.

Ms. Tazeen Adnan holds a master’s degree in Business Administration (MBA) from Hamdard Institute of Management Sciences (HIMS). She has over 19 years of experience in Human Resources with multiple companies at senior positions. With excellent exposure to Organizational Development and Change Management, she has to her credit major organizational transformations and acquisitions. She joins as an Independent Director on the Board of Directors of the Bank and serves as GM Global HR & Admin at Shan Foods (Pvt) limited.

Mr. Gigi Matiashvili has more than two decades of experience in banking operations and information technology. He began his career in one of Georgia’s leading commercial banks after earning a degree in economics from Tbilisi State University. He joined FINCA in 1998, first helping to build up banking services in Georgia and later moving over to FINCA’s Global Information Technology unit. Currently as Global Chief Technology Officer at FINCA Impact Finance (FIF), he is responsible for driving the company’s technological vision, implementing technology strategies, and overseeing the function and efficiency of technology services across the FIF network.

He brings a wealth of expertise combining financial services and information technology, buttressed by extensive program and project management experience. Throughout his career at FINCA, he led and supported numerous business and technology initiatives including banking transformations, implementation of enterprise-level banking, enterprise resource planning, and risk management solutions, establishment of data warehouse and reporting platforms, and organization and delivery of other information technology solutions and services.

Mr. Khan has over 24 years of global experience in financial services and is a recognized leader with history, experience and track record of success in large global organizations. His vast experience with one of the largest financial services institutions (JPMorgan Chase & Co.), blue chip Management Consulting firm (Deloitte Consulting), and Telenor Microfinance Bank (Easypaisa) have enabled him to be successful at leading financial services and fintech institutions to success. As Executive Director at JPMorgan Chase & Co. in United States, Mr. Khan held multiple roles and is experienced in evaluating and applying emerging solutions to transform businesses. More recently, as Chief Product Officer followed by Chief Strategy and Transformation Officer at Telenor Microfinance Bank, Mr. Khan developed a strategy, led a wide array of award winning financial and digital product suite, and executed a roadmap of enhanced financial inclusion. 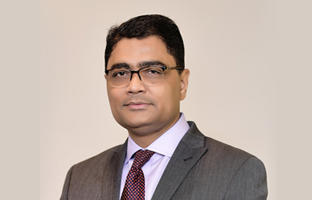 Mr. Qadir brings 28 years of work experience to the table including 19 years of banking experience of working in Pakistan and Canada. He has served with Tangerine Bank in Canada which is a pioneer in Branchless Banking in North America. He has served at Bank Alfalah Limited Pakistan in various capacities for over 11 years and has also worked with Deloitte Pakistan. His last assignment was as Chief Financial Officer of U Microfinance Bank Limited. 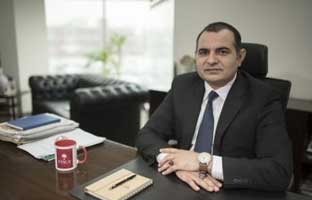 He is Law Graduate and Masters in Political Science from University of the Punjab. He is also a certified director from the Institute of Charted Accountants of Pakistan. His tenure at the Bank witnessed a successful completion of major equity injection of US based Microfinance organization, FINCA Impact Finance. 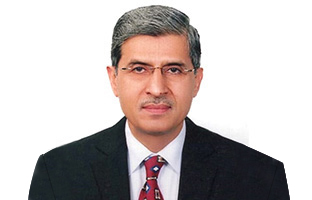 Muhammad Shahzad Sadiq is the Chief Commercial Officer for FMBL. He is a banking sector veteran with over 25+ years of progressive experience in different institutions, departments and in various Leadership roles.

Muhammad Shahzad is a diverse and experienced professional and prior to joining the FINCA Family, he has held a number of positions including Chief Financial Officer, Chief Compliance Officer and Chief Internal Auditor to mention a few. He has worked with some of the leading commercial banks in the country and his last assignment was with Allied Bank. 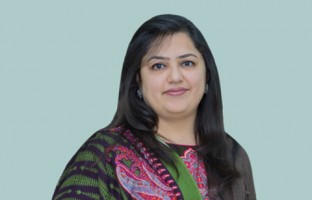 Syeda Noshina Bukhari is an experienced banker. She has over 10 years of commercial banking experience before joining the Microfinance sector in 2008. She has worked at Union Bank Limited, Askari Commercial Bank and Prime Commercial Bank before joining FINCA. She has experience in branch banking operations, trade finance and SME financing. She has also worked as a main trainer and director management trainee program at Prime Commercial Bank Limited. She has developed and implemented the Banking Operational Policies and Procedure, Internal Control Processes and played a vital role in implementation of the Banking software.

Mrs. Bukhari’s has done her Masters in Public Administration from Quaid-e-Azam University, Islamabad.

Yasir is a financial services leader with global experience spanning Pakistan, Ireland and Luxembourg. Always looking for new experiences, Yasir has recently moved to Pakistan from Ireland where he was Country Head of Internal Audit at the Bank of New York Mellon (BNY Mellon) with EMEA-wide audit responsibilities for some of the businesses. He previously held the same role at Mediolanum Asset Management in Dublin, where he was also responsible for the Internal Audit function of Mediolanum Group’s fund manager arm in Luxembourg. Prior to this role, Yasir was with Ernst & Young’s (EY) audit practice in EMEIA Financial Services Office (FSO) in Dublin as well as in Lahore. Before moving to Dublin, he was part of Internal Audit at Pakistan’s largest telecom company, Pakistan Telecommunications in Lahore and of Finance at Pakistan’s largest airline, Pakistan International Airlines in Karachi. Yasir’s experience of over 15 years extends to audit, risk, control and finance domains. During his recent
experience at BNY Mellon, he catalyzed outsourcing transformation and led projects in relation to risk management, governance and operations and was part of a rick culture project. In Mediolanum, he led an initiative to enhance risk and governance culture within the organization and to enhance functional quality, effectiveness and efficiency simultaneously.
Yasir is fellow member of the Institute of Chartered Accountants of Pakistan and associate of the Institute of Chartered Accountants in England and Wales. Yasir also attended executive leadership programs at American Chamber of Commerce in Ireland (AmCham) and Irish Management Institute.
Yasir is founder of Safer World, visioning to Make World a Safer Place by addressing cultural extremism. He also volunteered to provide finance consultancy to MCH Care Society, working for the cause of mother and child healthcare particularly in rural areas of Pakistan. When Yasir isn’t busy, he enjoys running, travelling, cricket and football. He resides in Lahore with his wife and a son. 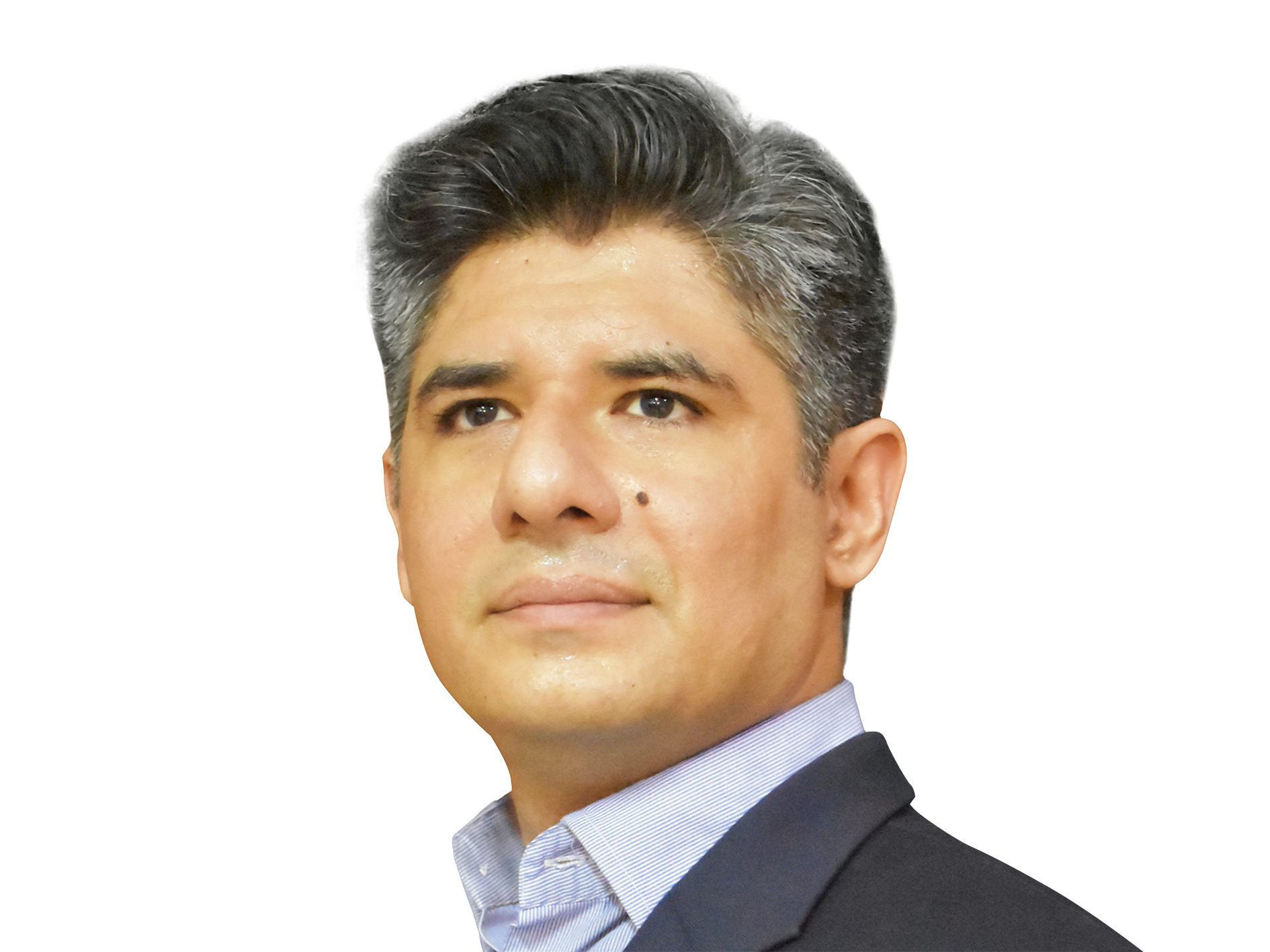 Mr. Kamran is a seasoned, C-suite HR professional with his diversified career spanning over two decades. He has been partnering with CEOs, MANCOMs, Boards, and Business Leaders in strategic execution to enrich organizations’ value to all stakeholders. His repertoire of experience includes managing processes efficiently; maximizing employee contribution and commitment; and creating conditions for continuous, seamless change for organizations in growth, transformation, and M&A. These include brands like Unilever, UBL Bank, MCB Bank, Burj Bank, KElectric, and IBL Group.

Mr. Kamran holds a Bachelor of Business Administration (Hons.) degree from the Institute of Business Management (IoBM), Pakistan. He is also a Senior Certified Professional- HR by Society for Human Resource Management- USA.

The FIF leadership team manages a global organization of more than 12,000 employees.

FIF GLOBAL LEADERSHIP
Page load link
FINCA Microfinance Bank uses cookies to personalize and enhance your experience on our site and improve the delivery of ads to you. Visit our Privacy Policy to learn more. By clicking "accept", you agree to our use of cookies. Accept Cookies

Your web browser (Internet Explorer) is out of date.